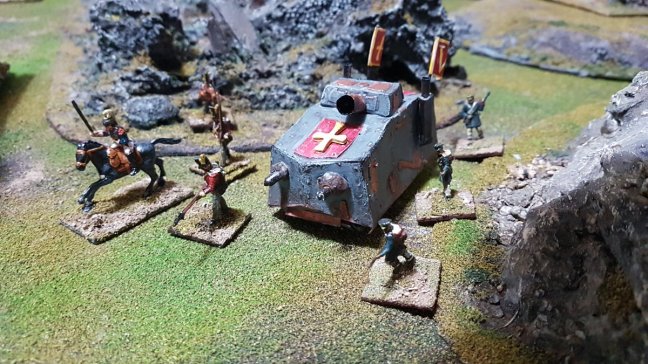 Dan and I have been busily working our way through the four – FOUR – boxes of Miniknight Ratmen we wound up buying last year, and don’t y’all be fretting as there’s a big update coming on them. But in the meantime, we’re planning a sequel to the last Hyperian Wars battle report – after a taut pitched battle against the Sky Marines of the Grand Alliance, the Virum Nascii are going up against the massed armies of the Ancien Regime.. and with Dan in the hot seat for the little furry guys, I found myself flying the flag for humanity…

Enter the first ever papercraft either of us made, way back in 2015…. 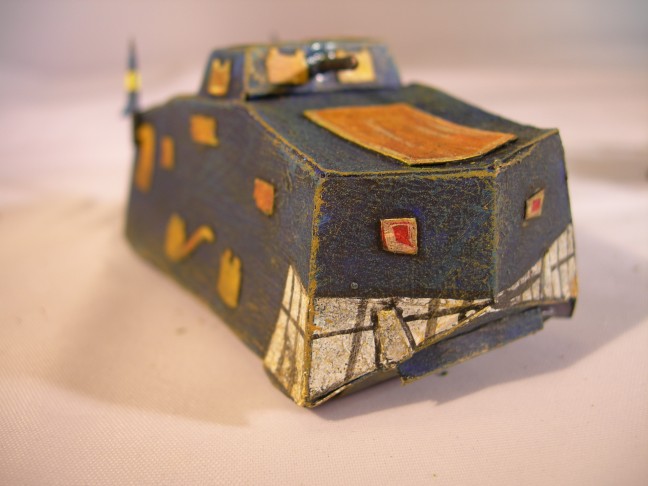 Yeah, not great. But the Ancien Regime are going to need every bit of firepower they can get on Friday, because those rats are lethal. So a few nights ago I decided to attempt an upgrade:

Then came the repaint – grey basecoat, washed with thinned black ink, pin wash pf smokey ink , red and yellow for the detailing, silver washed with blank ink for the metallics. Spot of sponge chipping with craft black paint and drybrushed earth tones for mud, banners drawn out, painted freehand and then wrapped around a paperclip rolled straight (ish) with a rolling pin. And the result… 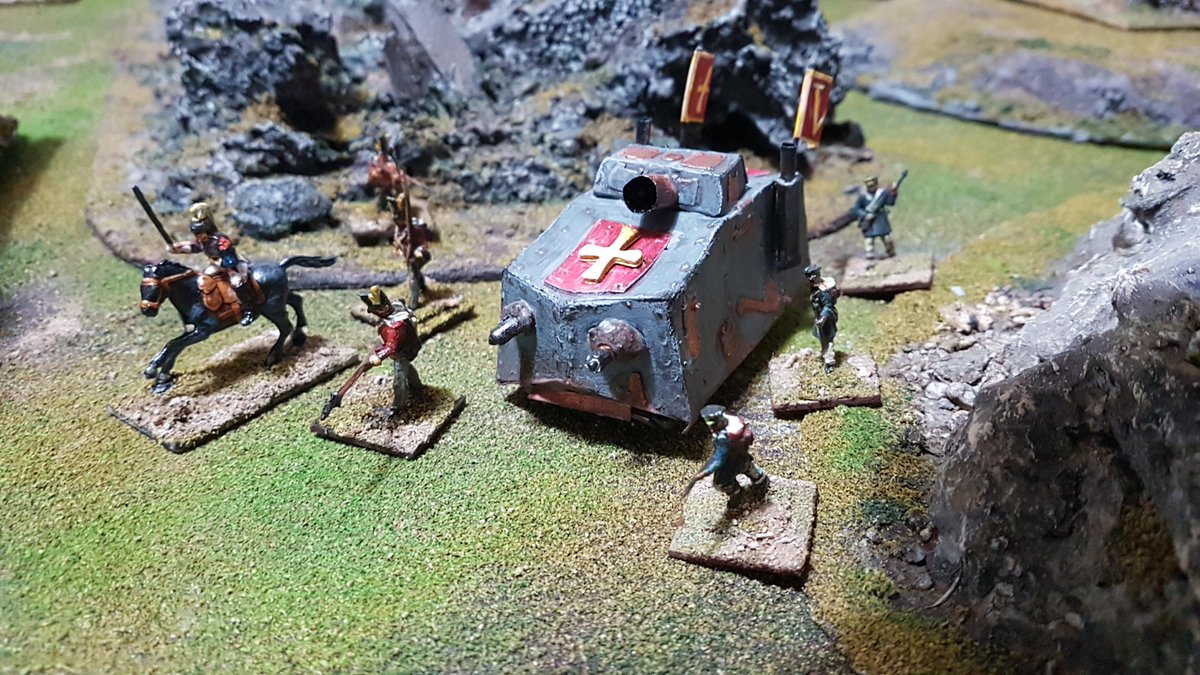 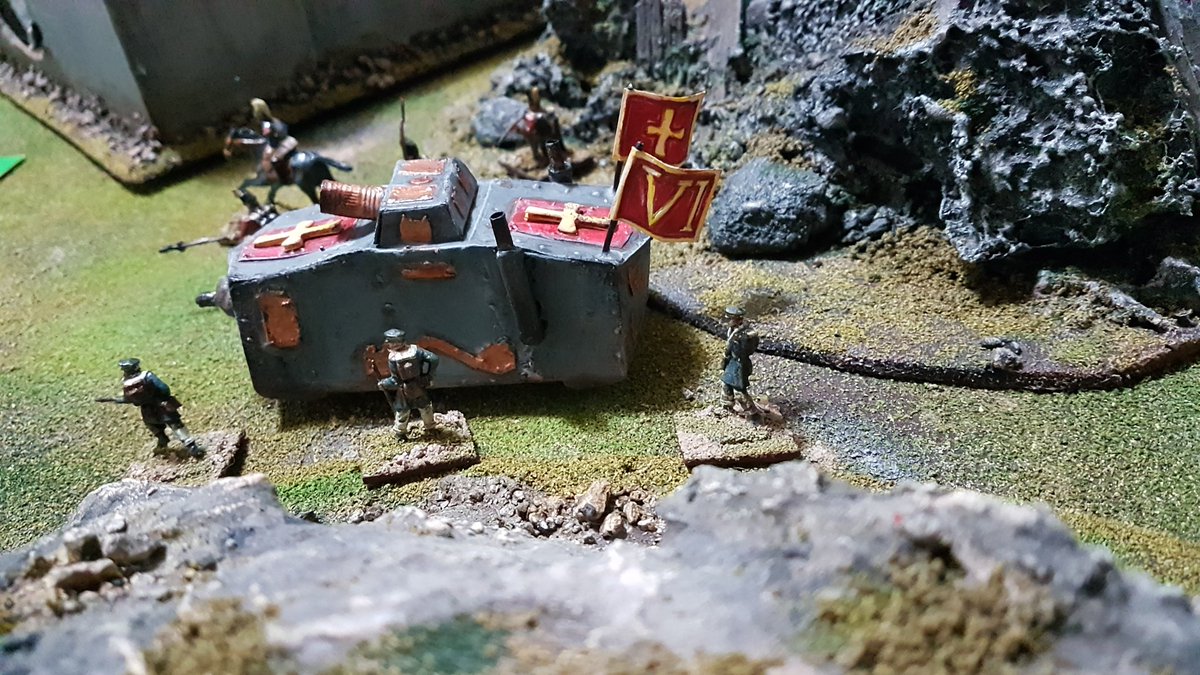 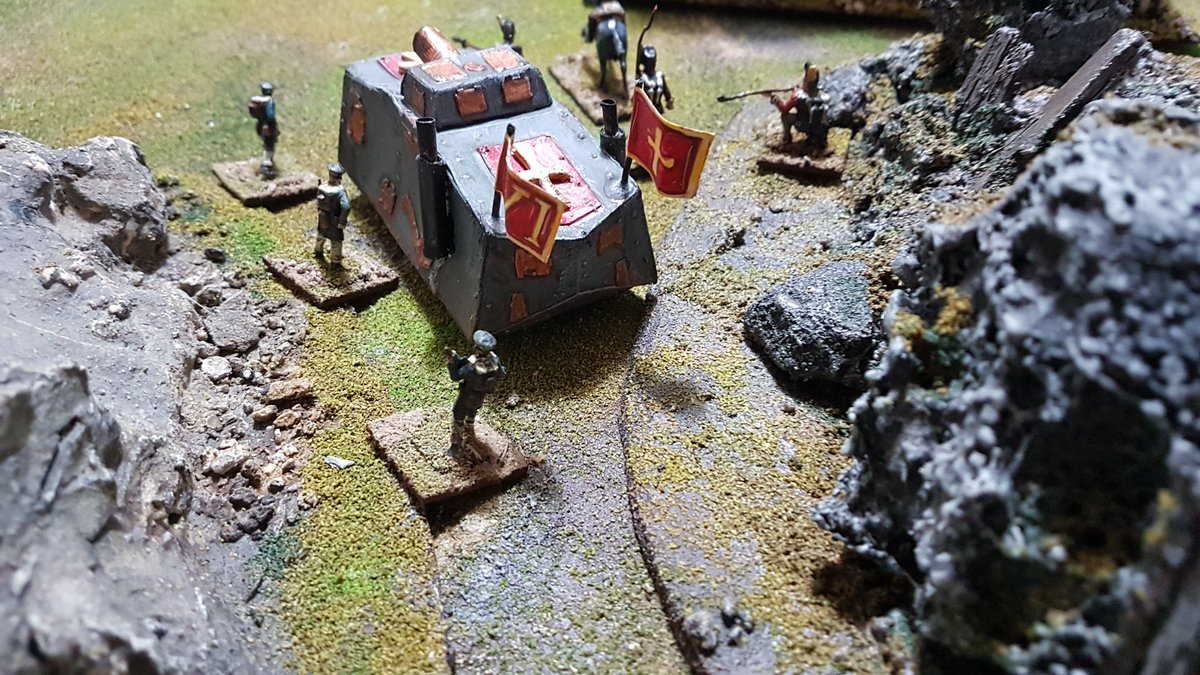 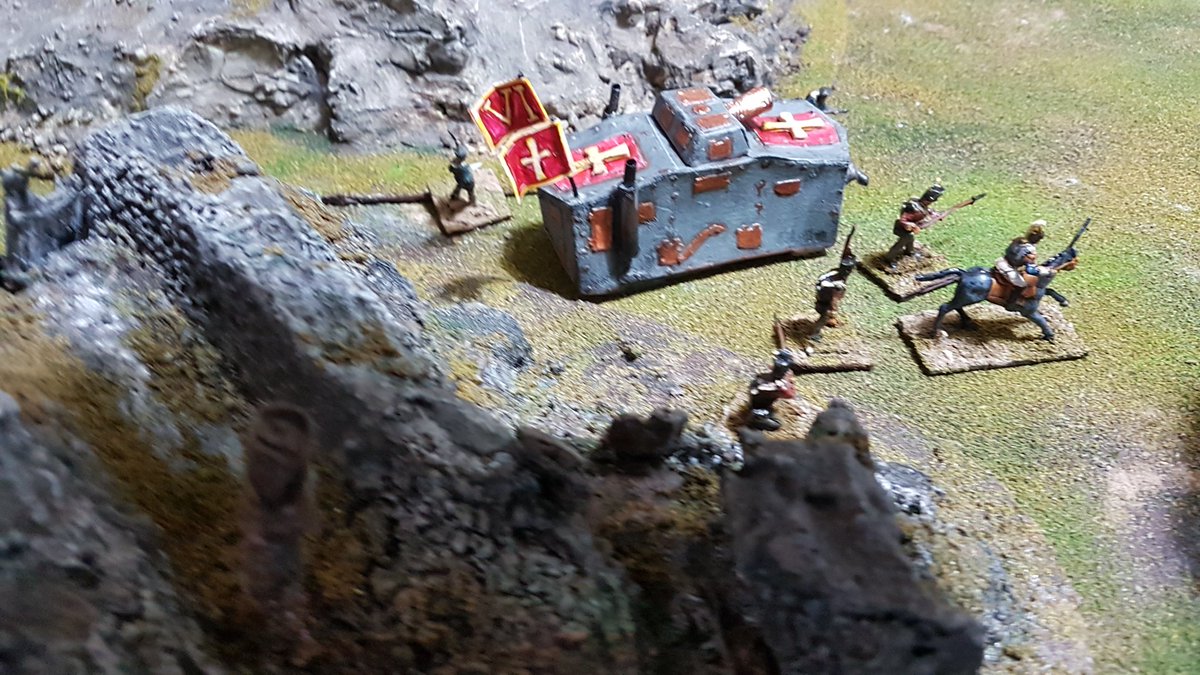 Oh yeah, and brass painted with craft paint and washed with brown ink, tracks added with cut up IDE cables. Pictured here in situ with some Ancien Regime troops on patrol!

Some of you may be familiar with Dakkadakka.com, one of the biggest hubs for wargaming (mainly GW, but by no means exclusively), as well as painting and modelling. Jim and I are regular visitors, and over the years have come upon many PLOGs to loot for ideas and inspiration (see here, for example).

And lo, it was on a recent trawl for ideas to pinch that we came upon the elite secret society (well, sort of) of Dakka terrain builders, the League Of Extraordinary Riveters – so named for being the detail obsessed, practically OCD modellers who will go to the extent of modelling every rivet onto their pieces.

Frankly, this rather appealed! And so when this month’s terrain competition was announced, with “food” as it’s theme, we thought, let’s have a go.

Now, every year I get a Cadbury’s Creme Egg easter egg. And every year it’s awesome, even though it does nudge me a step closer to type 2 diabetes. But every year, after I’ve gorged myself on sugar and then gone through the inevitable grinding comedown, I look at the packaging and think, “That could be…. SOMETHING”

Well, this year? It’s going to be SOMETHING. 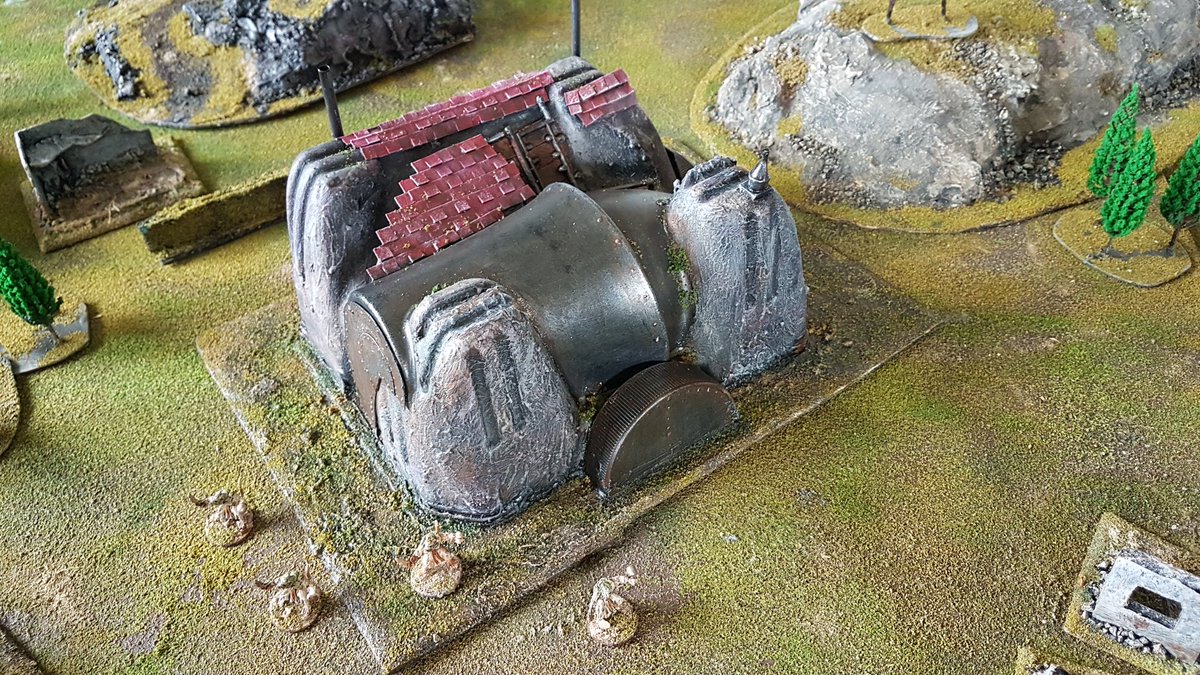 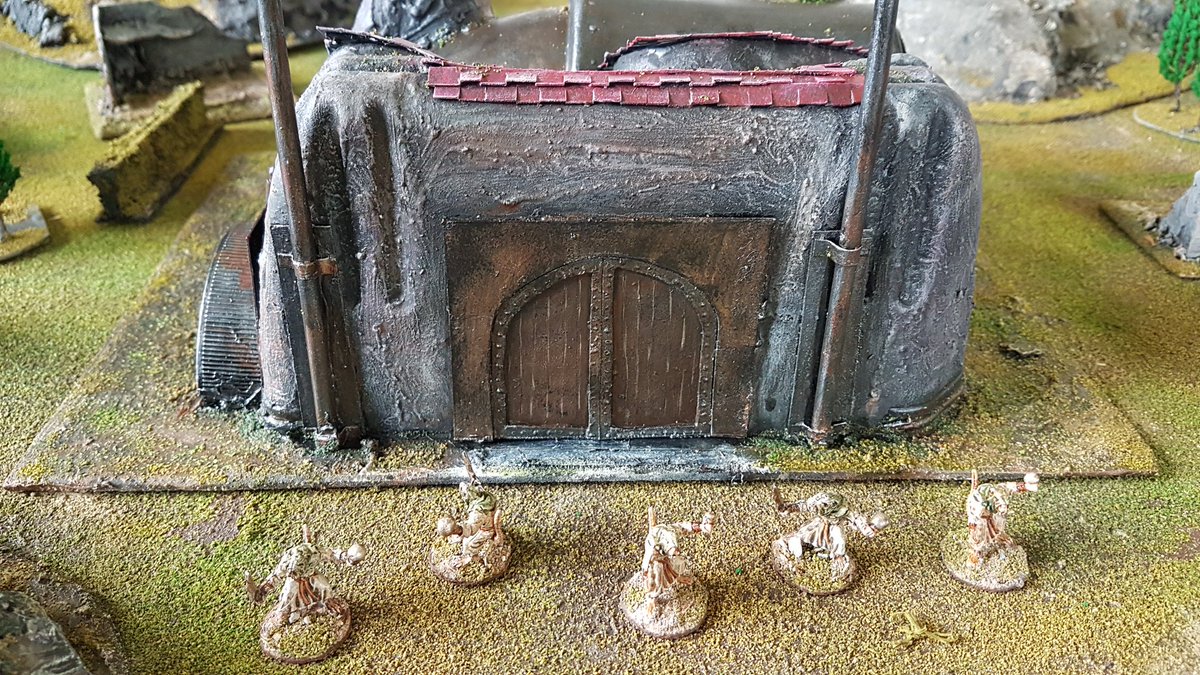 So no idea how we’ve placed in the end, but it’s been a good fun ride!

So until next time, stay thrifty and we’ll see you soon!