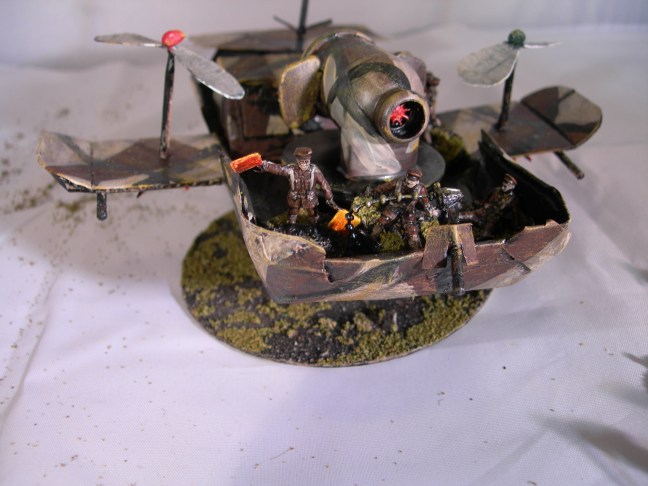 In typical SG style, this came about as we were perusing a box of “miscellaneous” 1/72 soldiers bought off eBay and pondering what to do with the Napoleonic and WW1 troops. A few hours and a good many beers later the concept of a steampunk fantasy world driven by sorcery, featuring some analogues of human societies in real life and A: E, as well as your standard orc/ elf/ goblin fantasy types.. but with a bit of a twist. Hyperian society is dependant on Vril, the magickal life giving element that allows magic-tech to function, but the political situation is deteriorating rapidly as the world nears Peak Vril.. Dwarves ready their fortresses, Elves deploy Enchantments Of Mass Destruction and as the wards deployed at mining sites begin to fail the Terrors of the Dead begin to escape. The clock on mankind’s new home begins to tick perilously close to midnight..

Anyway, enough of the fluff – let’s look at some toy soldiers!

The first crop are the Grand Army of the Ancien Regime – an empire centred on the planets massive central continent. These are your basic sword, sorcery, musket ‘n’ cannon types, bolstered by rudimentary armour.

And now for the OPFOR – Sky Marines of the Grand Alliance, a loose coalition of islands and floating cities based in the oceans of the western hemisphere. 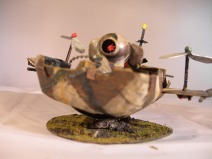 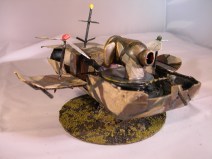 The ASV Dauntless! Essentially a Skycutter is a mix of floating tank and slow moving steampunk helicopter gunship, mounting missiles, cannon and fearsome Vrilfire thrower.. although ferocious, she can be fragile as her power fields are easily stripped away by concentrated rifle fire. Should be interesting to field her in the game.

Basically, she’s half a toilet roll tube, the dispenser nozzle from a box of wine, a LOT of cardboard, greenstuff and junk and a Royal Flying Corps influenced paintjob. Lots of fun to build, although I’m sure there’s room for improvement. 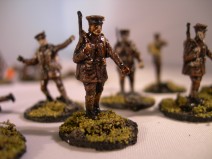 We’re looking forward to getting our first game in next month, should be fun!