I’m going to be entirely honest here – the concept for this build was 100% nicked from this post by the Fawcett Avenue Conscripts, so let’s just get that out of the way first.

But it was a fun little build. And I used magnets. So…

A couple of weeks ago, I posted about my League Of European Nations infantry platoon – these guys would have been the first to meet the fury of the Holy Soviet Army assault on the Ostwall on that fateful day in 1954..

Of course, I couldn’t just send these chaps out on their own. They needed something to deal with enemy armour- I suppose a panzerschreck or faust could have done the job, or maybe a mortar, but I liked the concept of a giant laser just that little bit more.

We began with a rectangle of corrugated cardboard, and six defunct Hexbug (little motorised insect things powered by watch batteries – seriously, these things are awesome fun!) batteries provided the carriage wheels, three a side. Strips of IDE cable cut at a 5mm thickness (thank you Zrunelord from TMP) and glued on with gel superglue made excellent caterpillar tracks, and another defunct Hexbug battery made for the gun mount. I dressed the chassis with some thin card and kebab skewer cuts for cabling and duct work.

For the weapon itself, it began life as a superglue nozzle, behind which I fashioned a gun shield from cardboard and bulked the assembly out with kebab skewer offcuts and a little bit of foam – and then it was time to break out the magnets!

I’d bought a small pack on eBay and was anxious to try them out, so superglued one to the underside of the weapon assembly and one to the gun mount – and the result was actually pretty successful!

White undercoat, wash of Vallejo black ink, then tan basecoat followed by green and brown camo striping as per the German infantry platoon a few weeks back  ted together with a brown wash, a pin wash of Vallejo Smokey Ink and a light drybrush of Americana Buttermilk. Metallics were a boltgun metal washed with thin black ink, and I applied a rough DIY texture paste of brown paint, sand and PVA. This in turn got a wash and a highlight drybrush! 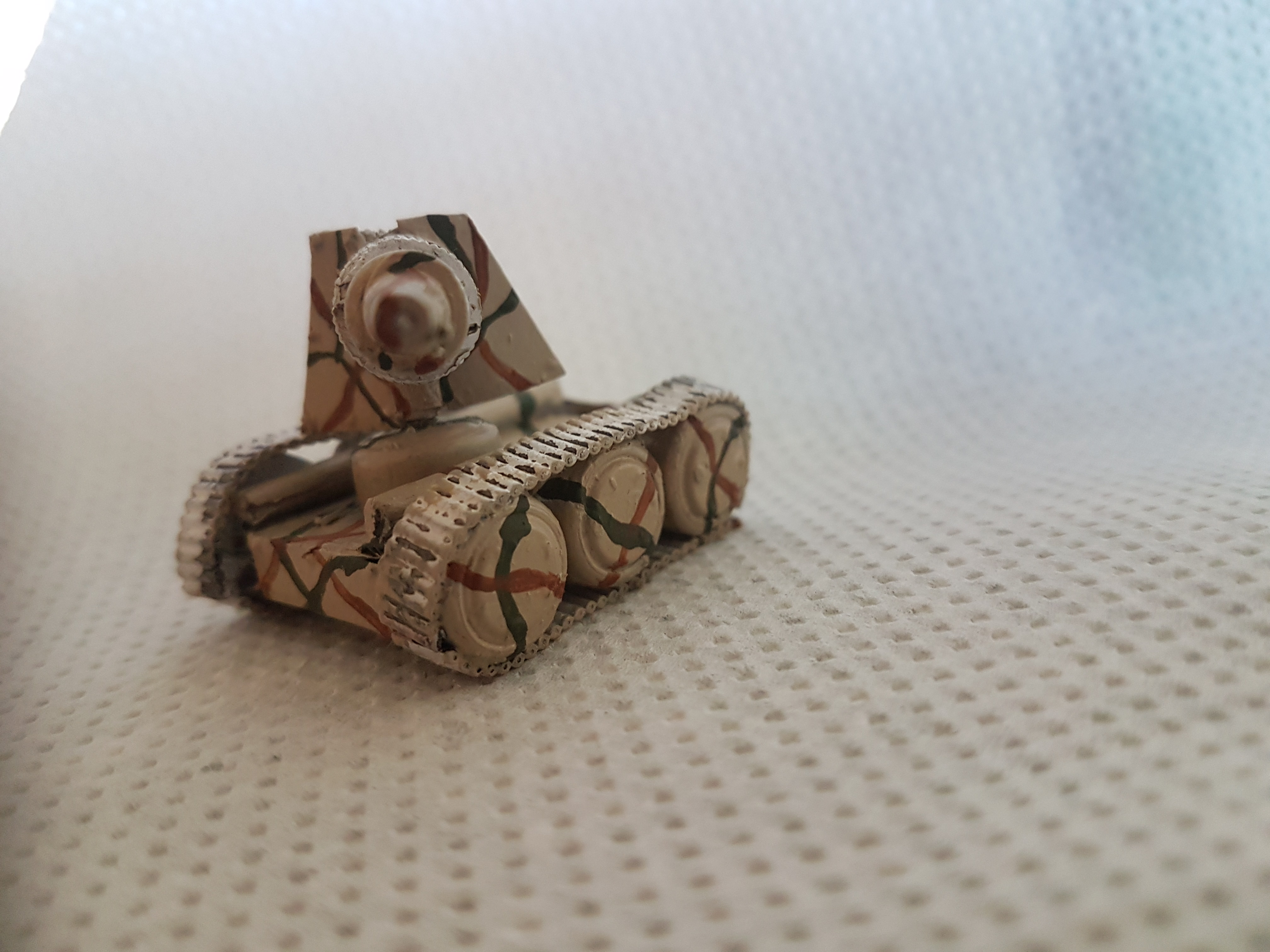 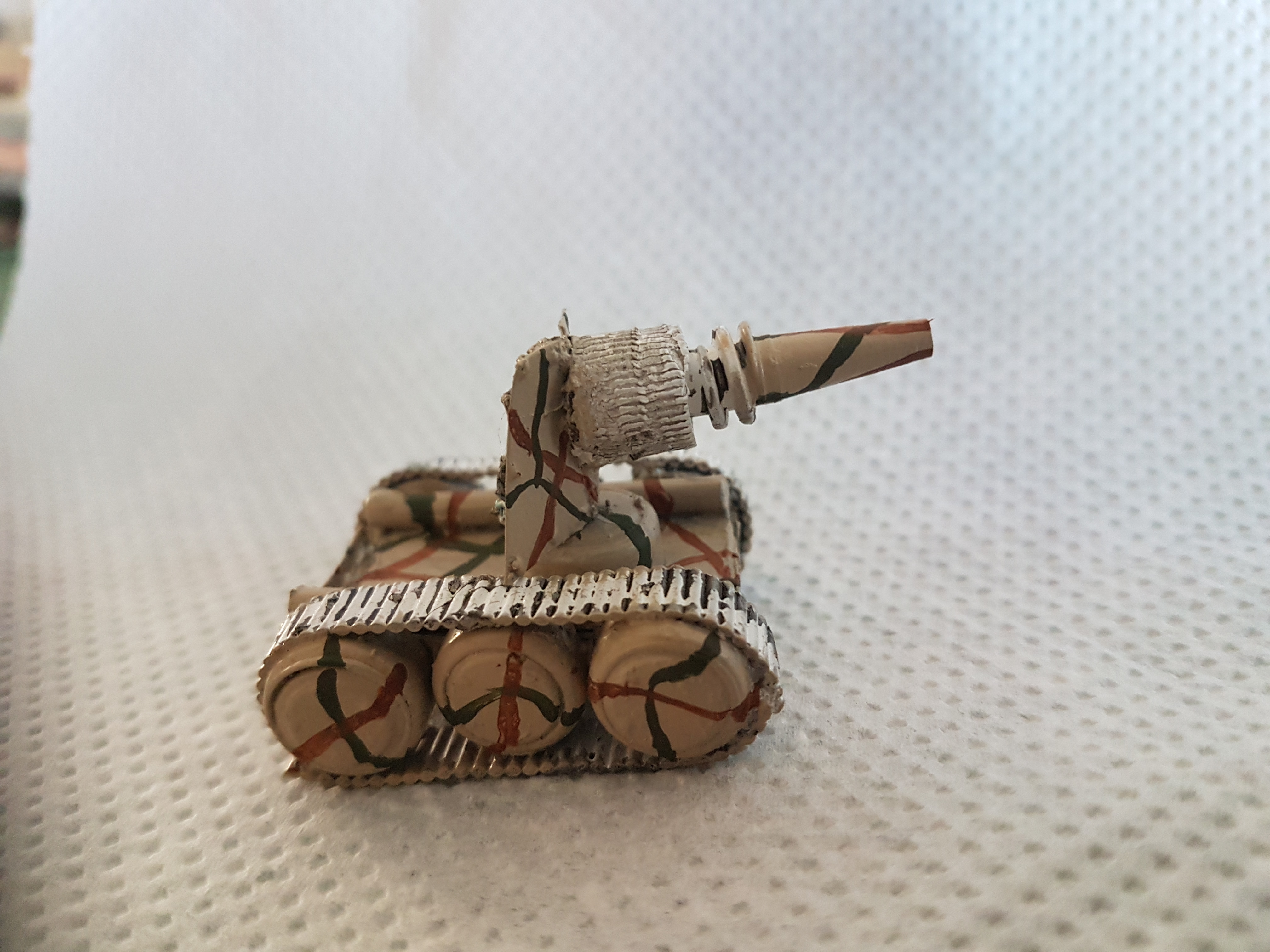 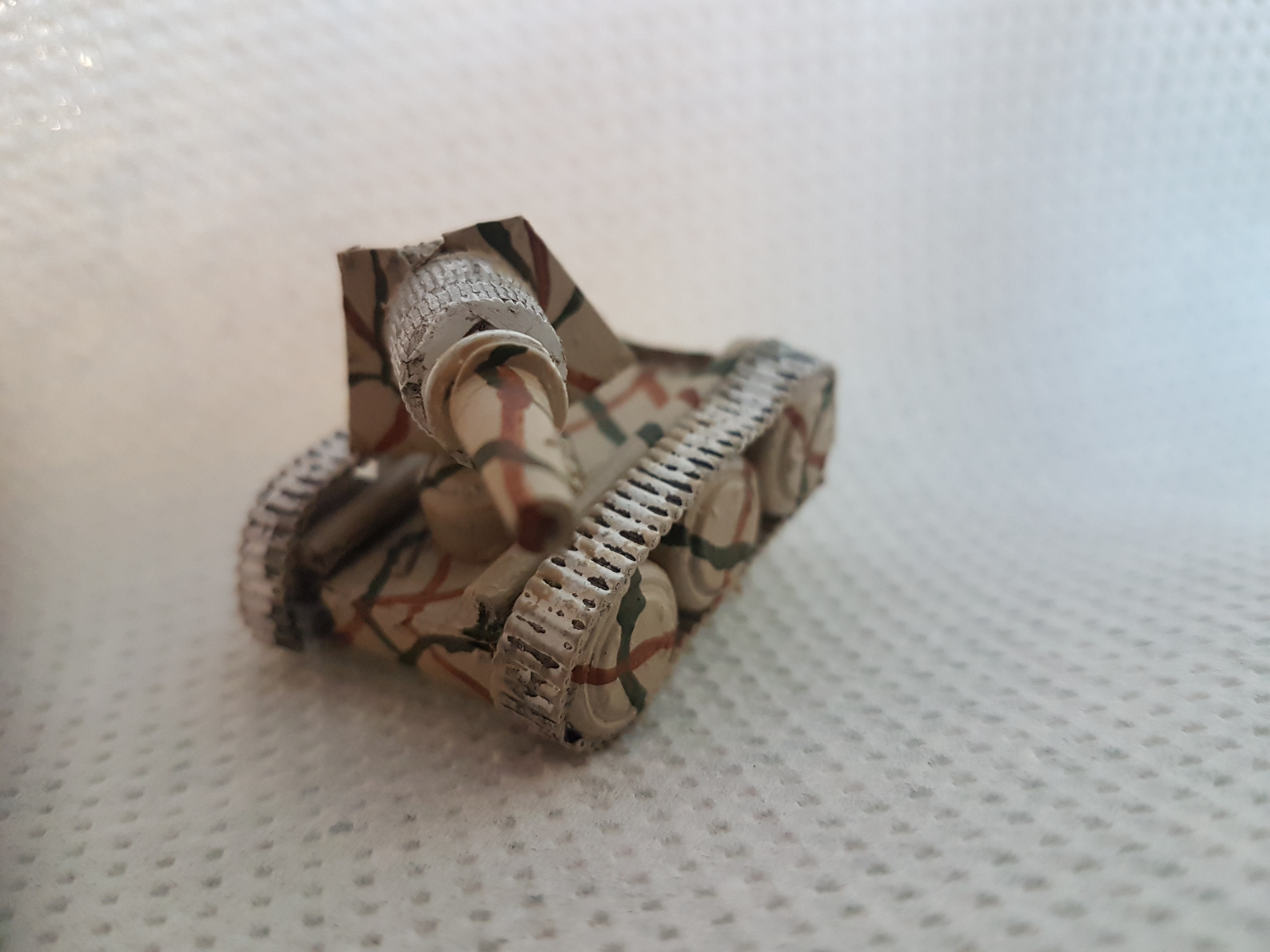 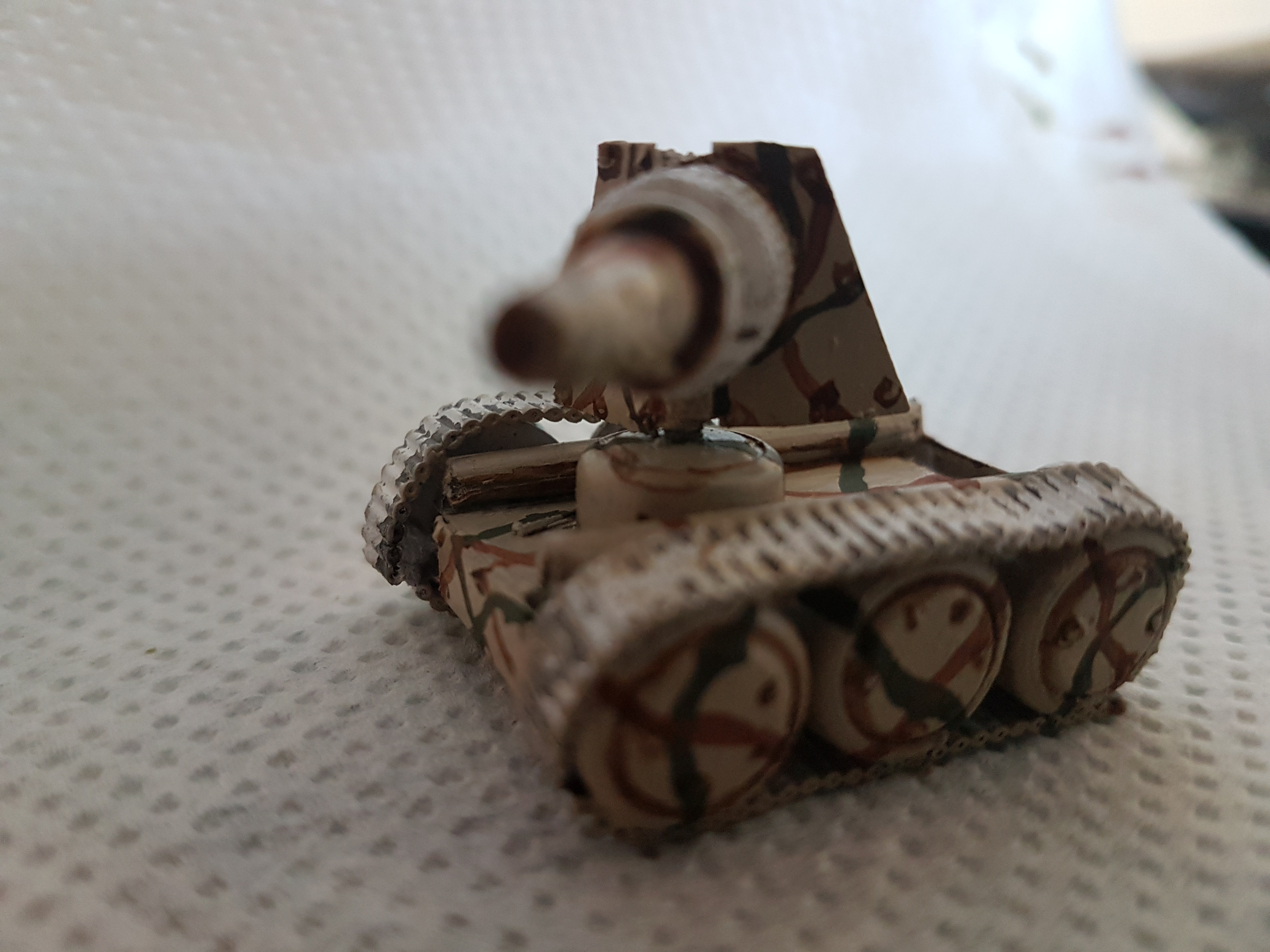 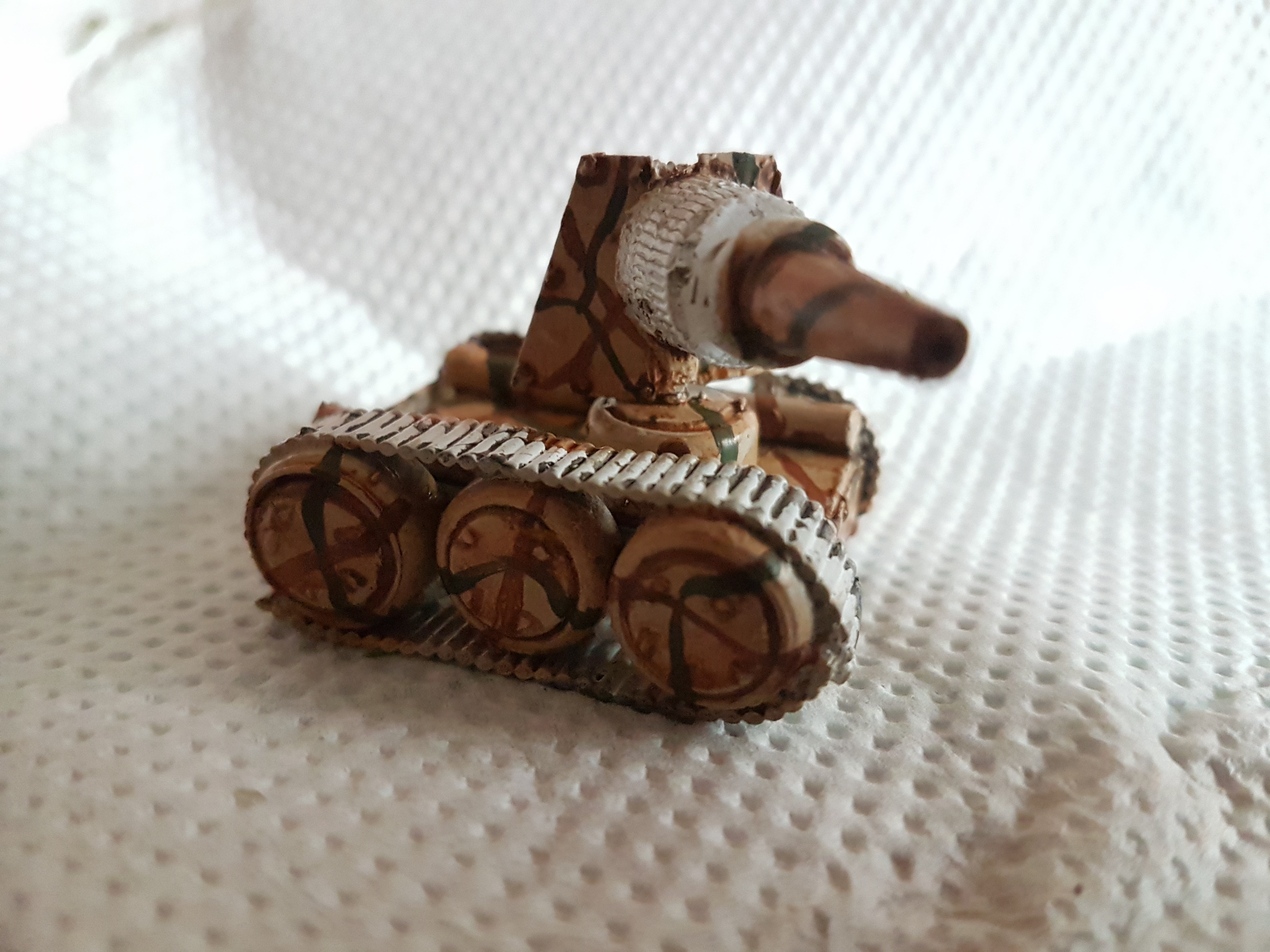 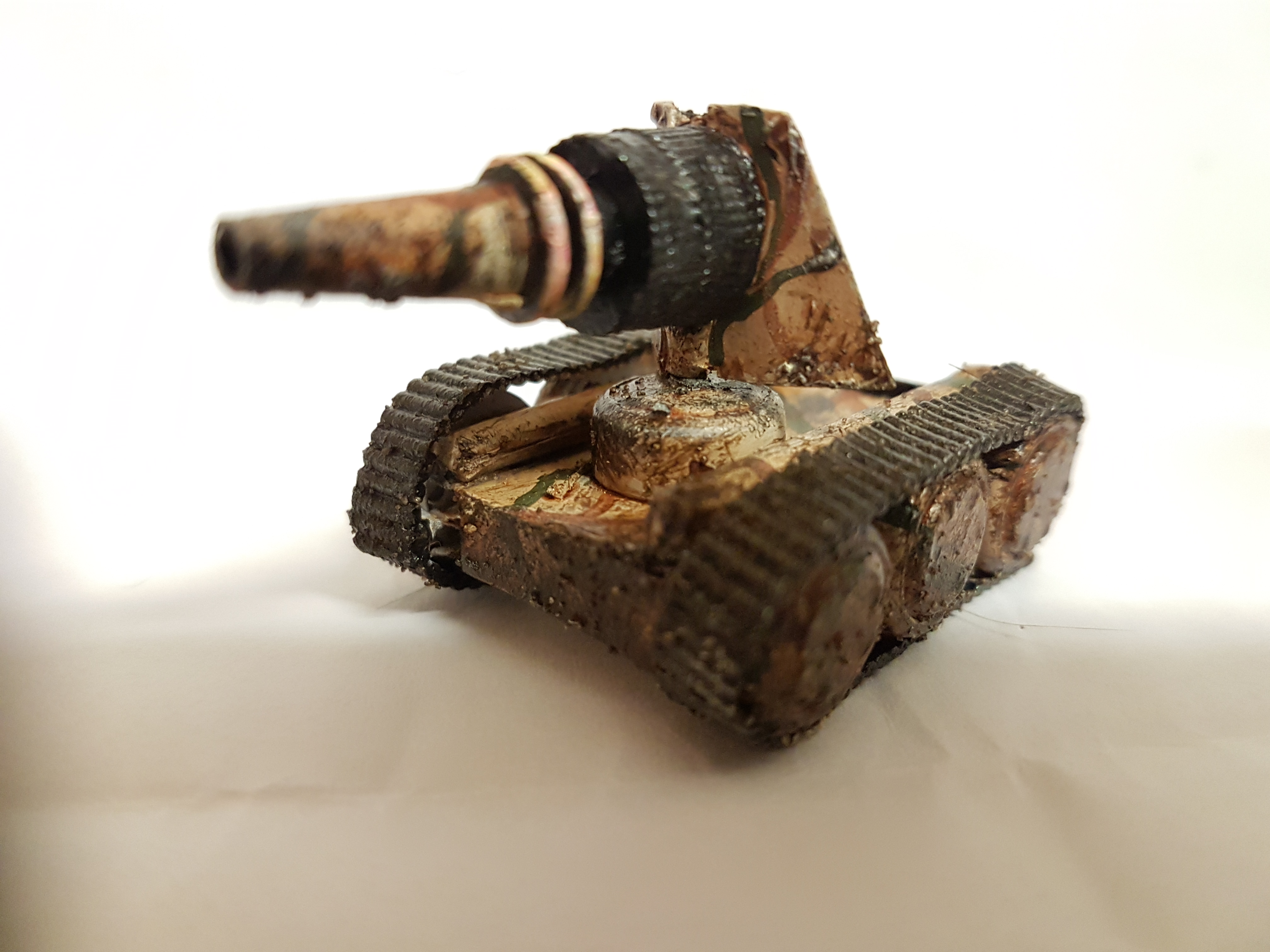